As the most innovative retailer in the world, Freshippo has reflected its game-changer mentality in its loyalty offering, taking collecting to the next level with one-of-a-kind “mission based” gamification elements which are a first in food retail.

Customers who shop online or visit one of Freshippo's stores in Shanghai or Beijing region, will automatically receive points in the Freshippo APP, the points are displayed in “bao-he” or treasure boxes. While collecting in the APP, shoppers go on a journey through nature, inspired by the pride lands and scenes in The Lion King. 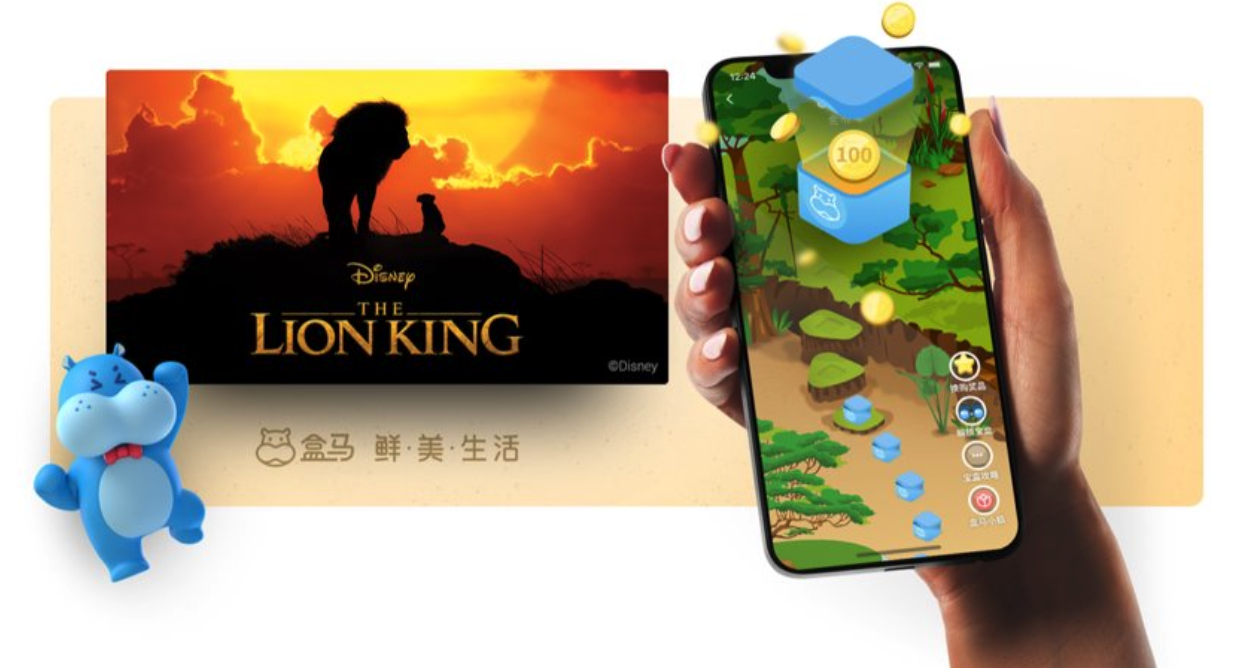